It’s that time of year again. The top 16 teams from around the world have been divided into four Groups for Worlds. The problem is that we have to wait until September 29th to see them face off. So, what do we do until then?

Now, without further ado, Group A!

The first thing that jumps out to me in this Group is that all of the participants have been champions of their respective leagues within the calendar year (ROX Summer, CLG Spring, G2 Spring + Summer, ANX Spring + Summer).

I also think this Group falls right in the middle of the spectrum between ‘hard group’ and ‘easy group’. I did a super rough power rankings of all the teams at Worlds (which may still change as Worlds approaches) and used the ranking to see the overall strength of Groups. The best team at Worlds is worth 1 point, and the lowest ranked team at Worlds is worth 16 points. The Group with the lowest point total becomes the ‘hardest’ Group, and the Group with the highest point total becomes the ‘easiest’ Group. This is what it looks like:

You may be asking yourself, did Jatt just tank his entire article by listing his personal power rankings at the very beginning without explaining himself? To that, I answer: maybe. This is far from a perfect or accurate system. What I want to highlight here is that Group A has one powerhouse team, two teams likely to battle for the No. 2 seed, and an underdog team in ANX. Plus, I get to see how many people read the whole article vs. decide to argue and flame based on a table at the start. 😀

With that, let’s get into the teams.

How did they qualify? #1 seed from Korea’s LCK. Summer Split Champions.

I think you would be hard pressed to find an analyst who doesn’t think ROX is the strongest team in the world heading into this tournament. First off, this team has been dominating the LCK for most of 2016. They went 16-2 in the Spring Split and 15-3 in the Summer, with their only failure being a Spring Split Finals loss to SKTelecom T1 — which prevented ROX from attending MSI.

Add that to the fact that they finished 2nd at the World Championship last year, improved since then by adding their jungler, Peanut, and slowly perfected their style throughout the year.

ROX plays a fast game in an otherwise slow region. They average 35:30 for game time, and .71 combined kills per minute (CKPM). This is #1 in LCK for both stats. What’s impressive to me isn’t the flat 35:30 average (NA as a region averages 35:22) but rather how much faster ROX plays when compared to their regional average of 38:24. ROX finish games on average 2 minutes and 56 seconds faster than the LCK average. Likewise, with CKPM, Korea’s regional average is .56 CKPM (which would be lower than every team in NA) but ROX still manages to accelerate their games (again, to the tune of .71 CKPM).

Aside from playing fast, ROX does a great job of playing the whole map. Smeb crushes the top lane and has won the LCK MVP in both Spring and Summer Splits. I also think their bot lane is extremely strong. Pray averages the highest CSD @10 (+4.8) of any ADC in Korea, and Gorilla is the best support in the world in my opinion. They roam well. They lane well. They team  fight well. And they do it fast. ROX is a monster. If this team has a weakness it resides in the mid-lane. 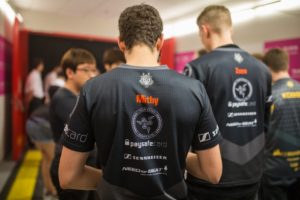 How did they qualify? #1 seed from Europe. Summer Split Champions.

Far and away the best team in Europe. Spring Split champs. Summer Split champs. If it wasn’t for their performance at MSI this would have been a Pool 1 team. Unfortunately, they didn’t exactly carry momentum from Spring into Summer. What they did do was switch out their top laner and their entire bottom lane and still look like they are trying to gel as a team.

To me, G2 is a bit of an enigma. They have the back to back EU LCS MVP in the jungle with Trick, and they have the best bottom lane in the region by far in Zven and Mithy. Yet very few people are excited about this team and expectations are low. Why? Well, MSI was horrid, and they looked very inconsistent in EU even though they were ‘technically undefeated’ thanks to their 10 win, 8 tie record in the Summer Split.

This team should not be judged on their MSI performance. They switched out 3/5ths of their roster and looked much different in the Summer Split and the most recent Playoffs.

Mithy and Zven are the most important acquisitions between Spring and Summer Split. They were the biggest strength of Origen last year and they have only gotten better since then. It’s hard to explain their biggest strengths, since they are generally good at everything. They know how to play ‘right’ based on the matchup. They know when to push, they know when to let themselves be shoved in, they know when to play aggressive, etc. They are always on the same page and they display a tremendous understanding of the support and ADC role. Together they are a deadly force.

A worry for the team could be Perkz. Perkz looked promising in the Spring but reverted back on some bad tendencies in the Summer. He often disrespects his lane opponent and is punished for it. When farming side-lanes he’s often caught because he’s not respecting the lack of vision that he’s trying to push with. Summer Split Perkz feels like a more reckless and less effective version of Spring Split Perkz who excelled in the assassin meta. 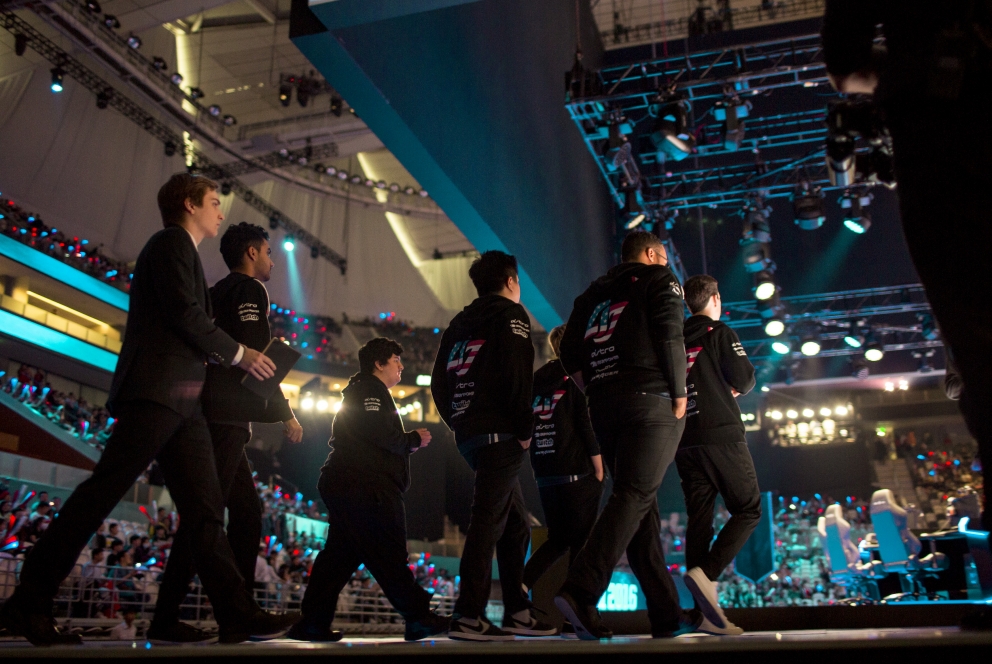 CLG have had a very strange year. They changed out two starters from 2015 to 2016 by adding Huhi and Stixxay to the starting lineup (in favor of Pobelter and Doublelift) and were expected to be weaker heading into Spring. To the surprise of many, they weren’t. They defended their title, beat TSM in the Spring Finals, and to top it all off, finished 2nd at MSI (the best finish ever for an NA team).

You would think, then, since the team made no roster changes heading into Summer that they would be set up to dominate. Well, that definitely didn’t happen. CLG struggled mightily in the Summer Split. They finished 4th in the regular season and then also finished 4th in the Playoffs. Thanks to their Championship Points from the Spring they were able to qualify for Worlds as the No. 2 seed.

So, following that logic, the ‘4th’ best team in NA shouldn’t be able to compete in a Group consisting of the #1 EU and #1 KR teams. This isn’t logic though, it’s CLG. For whatever reason, they never perform to expectations. They have tremendous teamwork and a huge amount of trust in one another. Honestly, I have no idea what to truly expect from this team heading into Worlds.

There’s also a surprise edition for CLG’s bootcamp: Immortals’ Spring Split MVP jungler Reignover will be joining them for their bootcamp in Korea. His focus will be on figuring out the new jungle meta and helping Xmithie with the early game. 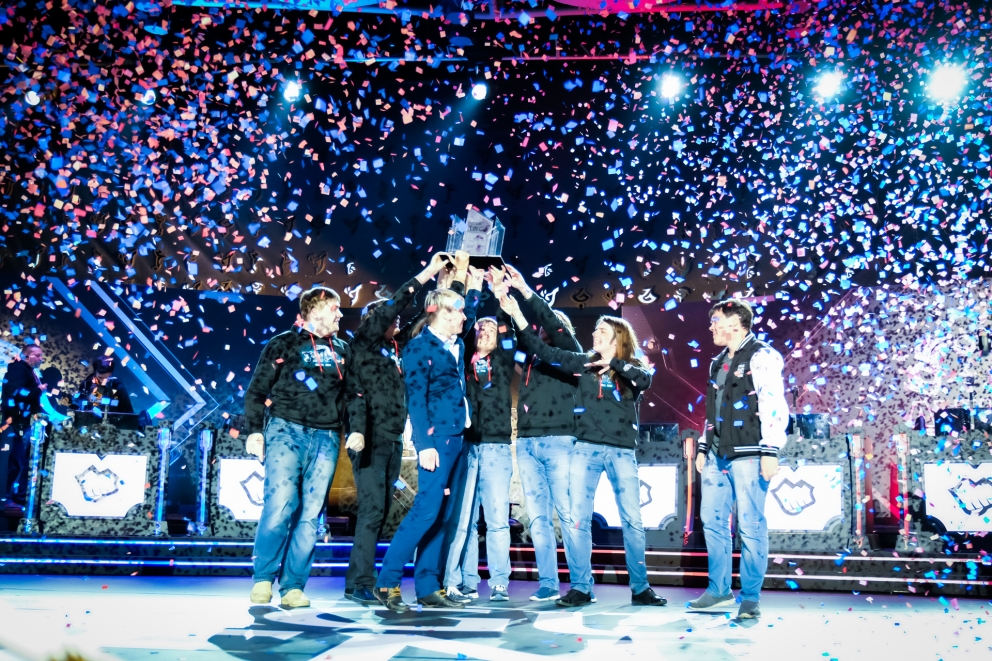 How did they qualify: Through the IWCQ. #1 team from the LCL

This brings us to Albus Nox Luna, the Wild Card team from the CIS region. Since 2014, Wild Card teams have a combined record of  3-21 in the Group stage, with paiN having the best showing last year at 2-4. It’s an uphill battle. Every year the Wild Card teams try to come into Worlds and flip the script, but they have to know going in how difficult the road will be.

Even in the IWCQ, ANX was playing from behind on average @15 minutes. When I was talking with Edward (formerly of M5 and Gambit) and also someone who played against them in the Finals, he told me that ANX isn’t a strong early game team but instead beats people because they know how to play the map and team fight well.

Unfortunately, if they are playing behind in the LCL, I don’t think that will transition well against the likes of ROX, G2, and CLG.

Since many are unfamiliar with the players, here’s a quick rundown:

Smurf — Shows a good understanding of meta picks. Generally a solid top laner who occasionally can ‘1v9’ a game. Had a very strong showing at the IWCQ.

PvPStejos — Shotcaller of the team. Very good at closing out the game once a lead is gained, but struggles when he is the focus of the enemy team.

Kira — While many will point to the All-Star 1v1 tournament as the highlight of Kira’s career, it doesn’t transfer over very well into 5v5 gameplay. Kira is definitely good; however, going up against international teams is a whole new beast. Kira has typically played mages like Anivia, Viktor, and Vladimir.

aMiracle — Solid lane player who is strong in team fights. I know, there’s a ton of ADCs who play pro that can be described like this. aMiracle is generally stable and it works to neutralize the chaos that comes from Likkrit.

Ambition: “I almost gave up going to worlds entirely because I had missed my chance so many times before.”