Pick these junglers for free Elo.

Some champions in League of Legends are just much stronger than others.

For junglers, there are multiple considerations when weighing which champions are better. The most important thing to look at, and the most obvious, is whether the champion would be good at ganking and either securing kills or aiding their teammates in doing so. Behind the scenes, though, is where things get complicated.

Clear speed, invasion pressure, and macro mobility are all factors that need to be evaluated for keeping up with the enemy jungler. The best jungle champions are the ones that can do it all.

This list of top-tier champions can change depending on a number of things. Sometimes the meta shifts for no apparent reason other than players’ tastes, but usually there’s some kind of balance update, small or large, that’s behind the sudden change. It can be difficult to keep up on the flavor-of-the-month champs, so let us do it for you.

Here’s our current tier list for the best jungle champions in League of Legends.

Here are our top five junglers for League’s Patch 10.16. 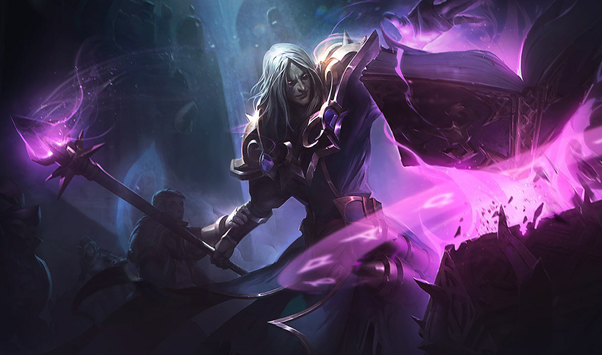 Karthus is one of the best ability power junglers to round out a full AD composition. This is mostly thanks to the utility from his kit, as well as his slow and global ultimate. Karthus is a power farmer with barely any cooldown on Q, allowing for quick jungle clear. But he’s rather mana hungry and struggles with early ganks.

He’s highly contested in high elo due to his ability to turn fights around with his ultimate.

The Domination tree is important for Karthus. It grants access to additional damage from Dark Harvest, Cheap Shot, and Eyeball Collection, which synergizes extremely well with Karthus’ ultimate, alongside additional sustain from Ravenous Hunter to make your clear healthier. The Precision secondary is great on Karthus since Coup de Grace increases your ultimate damage directly onto low health targets and Presence of Mind increases your mana cap to allow you to use E more often.

Karthus’s ability priority is R>Q>W>E. Your Q is your primary damaging tool in both the jungle and teamfights. Learn how to aim with it to maximize damage output on a single target to be able to zone out the important carries of a teamfight. Max W second since its width gets increased with level. While the damage from E is good, the utility from the slow is much more useful and it will allow you to get into range or escape much easier.

Karthus is a power farmer who needs to reach level six as soon as possible to be able to influence the game. While his early game isn’t the worst in League, he definitely needs items and levels to get going. Don’t look to contest objectives until level six since you’ll most likely end up dead and behind, while also giving an advantage to the enemy.

After you get level six, watch over the map and look for low health enemies to finish them off. Remember not to use it wastefully since it has a high cooldown early on. Use it for guaranteed kills only. Keep farming as the game goes on. Don’t focus on attempting to gank too much since it might be telegraphed. Try to farm up, get items, and use your ultimate on cooldown for kills.