Flowers are blooming, birds are chirping, and it’s our favorite time of the year— Midseason!

This one’s a bit of a doozy, so let’s give you a rundown. First, we’ve got a shakeup to the tank system with the nerf of Turbo Chemtank and buffs to a few underpowered fighter items (Death’s Dance and Wit’s End). Then, in preparation for MSI, we’re shuffling up the meta for Pro play by bringing a diversified crew onto the stage. This means dominant names like Gragas take a step back to let old friends like Shen and Lulu try some time in the spotlight.

Past these, we overshot on a few champions last patch who quickly grew to be main offenders on the Rift. Folks like Diana and Morgana, whose newfound power helped them settle too comfortably in the jungle, are getting taken down a peg while preserving strength in the role. The same goes for a certain red reaper and a magenta meatball in their respective lanes.

What else? Taric’s interaction with certain champs gets updated so that he no longer applies benefits to allies that aren’t on the map. Viego gets a lot of bugs out of his system. The second leg of Ranked begins, and you make it to the tier of your dreams.

And that’s it! We’ll see ya in the next one.

TFT: Reckoning has arrived, and we reckon you’ll want to check the TFT patch notes before the Black Mist corrupts us all!

Our buffs to Diana’s passive in 11.8 helped her rise up the ranks in mid and jungle. Players are enjoying the spice she brings to the jungle, so we’re gently pulling back on her clear speeds and in lane durability.

Base armor and AD growths decreased.

Our 11.8 buffs to top Mundo brought him back into the spotlight and then some. Once he hits late game, he reaches an oppressive state where it feels impossible to get through his purple hide. We’re following up by taking out some of his tankiness and threat potential to let his opponents take bigger chunks out of his meaty exterior.

With efficient stacking on his W without requiring much in return, Garen’s been able to have his beef and eat it too. We’re pushing down his spike in his tankiness so that his power curves more smoothly after picking up a Mythic item.

Gragas is currently a triple threat in Pro levels of play, guzzling casks in jungle, support, and top lane. Nudging down one of his more vital spells in lane.

Hecarim is still at a wild gallop in the meta, more often meeting the ban hammer than his foes. Then once he’s able to make it into a game, he’s typically confined to a full-tank build. In order to fix this two-part problem, we’re trotting down some of his upfront burst and early durability. We’re also giving more incentive for damage-oriented builds for a powerful pony rather than the same old beefy bronco.

removedHEALING FROM DAMAGE TAKEN Hecarim no longer heals 30% of damage taken by enemies within the area
newNO MORE HORSIN’ AROUND Hecarim now heals for 30% (+1% per 40 bonus AD) of the damage he deals to a target. This is halved to 15% (+1% per 80 bonus AD) for damage dealt by allies.

Heimerdinger is overperforming in top, mid, and bot lane at high levels of play. Giving him a ding down.

Jinx was doing way more splash damage than she was supposed to with Fishbones. It’s fixed now, but it’s a big enough drop in damage that we’re noting it here.

Shadow Assassin Kayn has been overshadowing his Darkin counterpart, so we’re bringing that part of Kayn… out of the dark.

Kindred is continuing to struggle in the jungle, so we’re giving them a stronger mid-game power spike.

Kog’Maw has been in a cocoon more than he’s been in the bot lane, so we’re giving him more ooze to get back in the groove. In addition, we’re helping him burn through more enemies that dare stand in his way… or in his spit.

We’re buffing Whimsy to give Lulu a pinch more power earlier in the game.

Although we still think she’s a great new addition to the jungle, our 11.8 buff to Morgana was stronger than intended, so we’re partially walking it back.

Rumble is heating up in the mid lane, specifically against squishier melee targets, so we’re hitting an all-too-reliable source of his damage so his enemies have a chance to cool down.

Our damage-binding adjustments to Sett in 10.18 reduced the effectiveness of his full-tank builds, which made him less of a menace in mid, jungle, and support. With a reduced threat of him flexing across different positions, we can now let him flex more damage.

With only base values and a token AP ratio, Shen’s ult feels more like a bubble than a shield, making it too unreliable for protecting squishy allies when they get caught out late game. We’re adding another ratio to make his scaling considerably better and to help him feel more empowered to protect his friends late game.

Taking some of the mana burden off of our knight in shining crystal.

TETHER INTERACTION Casting R – Cosmic Radiance, E – Dazzle, and W – Bastion on Taric’s linked ally that is not present on the map will no longer channel, show their VFX, or grant benefits, respectively, on them when they reappear (through abilities like Elise’s E – Rappel, Master Yi’s Q – Alpha Strike, etc.)

The 8.18 nerf to Trundle’s pillar’s slow put the brakes on his ganking and ability to find picks, and our follow-up in 10.2 just didn’t cut it. With more slow from the get go, we’re making it easier for Trundle to be the zoning troll on a roll.

Our last buff brought Vlad back into the role of a scaling powerhouse—maybe a little too much so. We’re partially pulling back on his 11.8 adjustment to find a sweeter middle ground.

Our resident laser-sniper has been in a confusing state, having more of a blast as a support than as a mid laner. By re-tuning his scaling to favor level and gold scaling, this should help energize mid Xerath.

Dead Man’s Plate is dominating as a second item choice for a wide range of champions, including tanks, fighters, and juggernauts. We’re reducing its raw defensive stats to highlight its unique mobility passive.

Death’s Dance has been a step behind its peers, so we’re bumping up its raw efficiency to bring it back in full swing.

Our adjustments to Moonstone in 11.8 left the item weaker than other options for supports, so we’re returning some power back to its base healing, which should feel even more satisfying when combined with its heal and shield power. 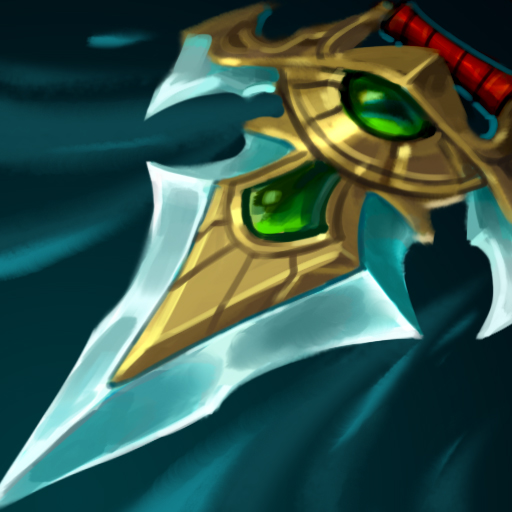 We’re adjusting the way Prowler’s Claw’s active targeting works to make it more user-friendly and forgiving, as it’s been more challenging to use in some kits than intended. We’re not increasing the item’s actual range, but now if you misclick slightly while trying to cast it in the middle of your combo, Prowler’s will hit the target you probably meant to click on instead of doing nothing.

In the olden times, there was a sunnier era, or dare we say, a Sunfirey era. That was until the Chemtanks crushed all who would dare oppose them. We’re bringing back the fire by helping Aegis melt down its enemies once more.

With Turbo in tow, junglers are able to consistently engage and gank as they gallop in from across the map, so we’re putting it on a tighter leash.

For such a niche item, Wit’s End lacks oomph, even when picked up in the right scenario. Adjusting the build path and adding more damage should make it feel more powerful all around and appeal to more champions.

We’re rolling into the second split of Ranked on Sunday, May 2 at 11:59 PM local time for your region! Emerge victorious from this Split with exclusive rewards including a Gwen summoner icon, Gwen emotes, and a Series 1 Eternals Capsule. 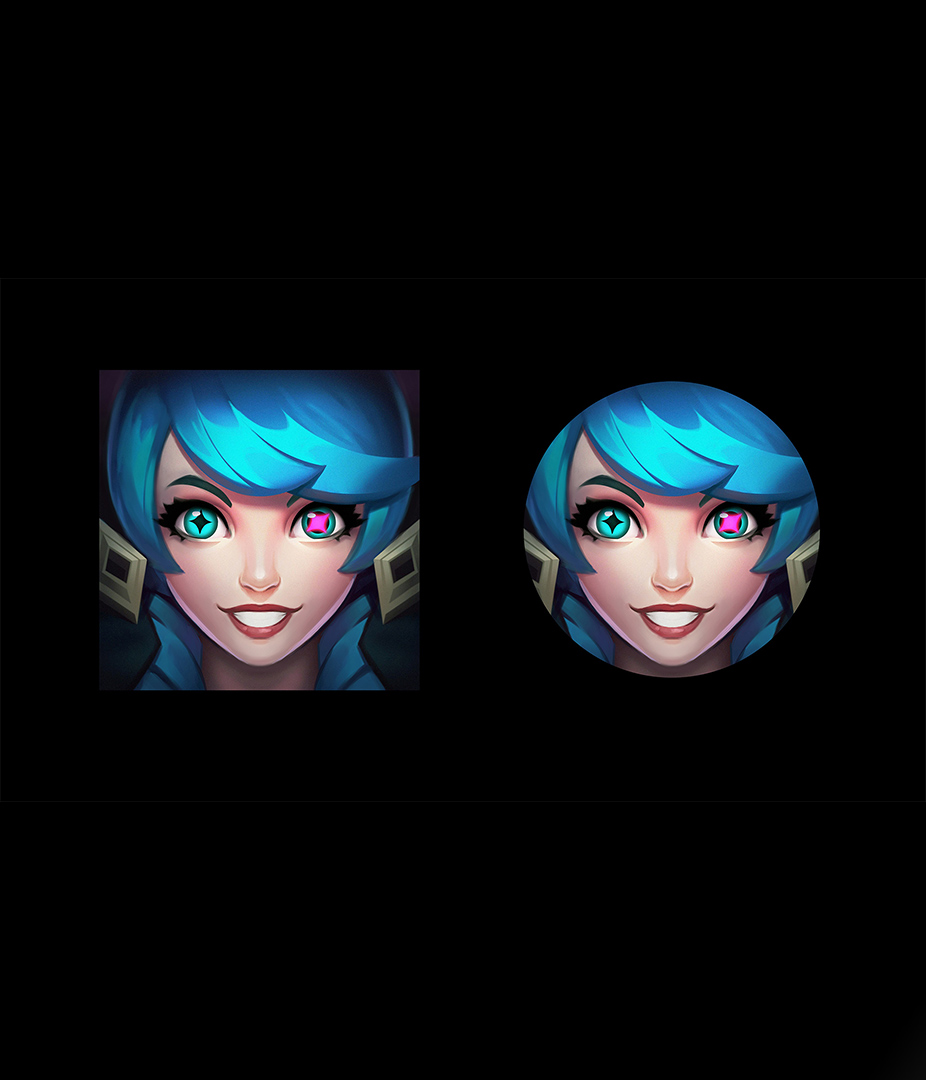 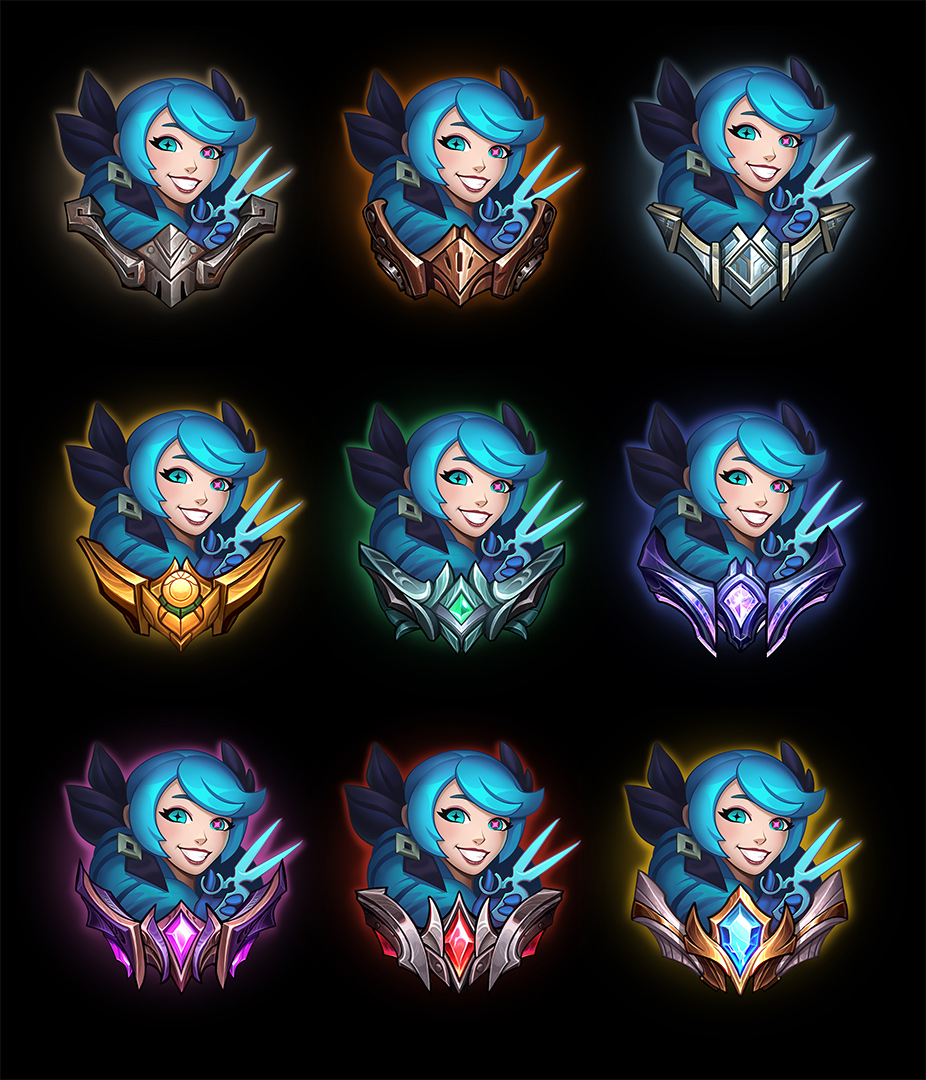 Clash continues! We’ve got more dates for you and your team to keep an eye on:

The following skins will be released in this patch: 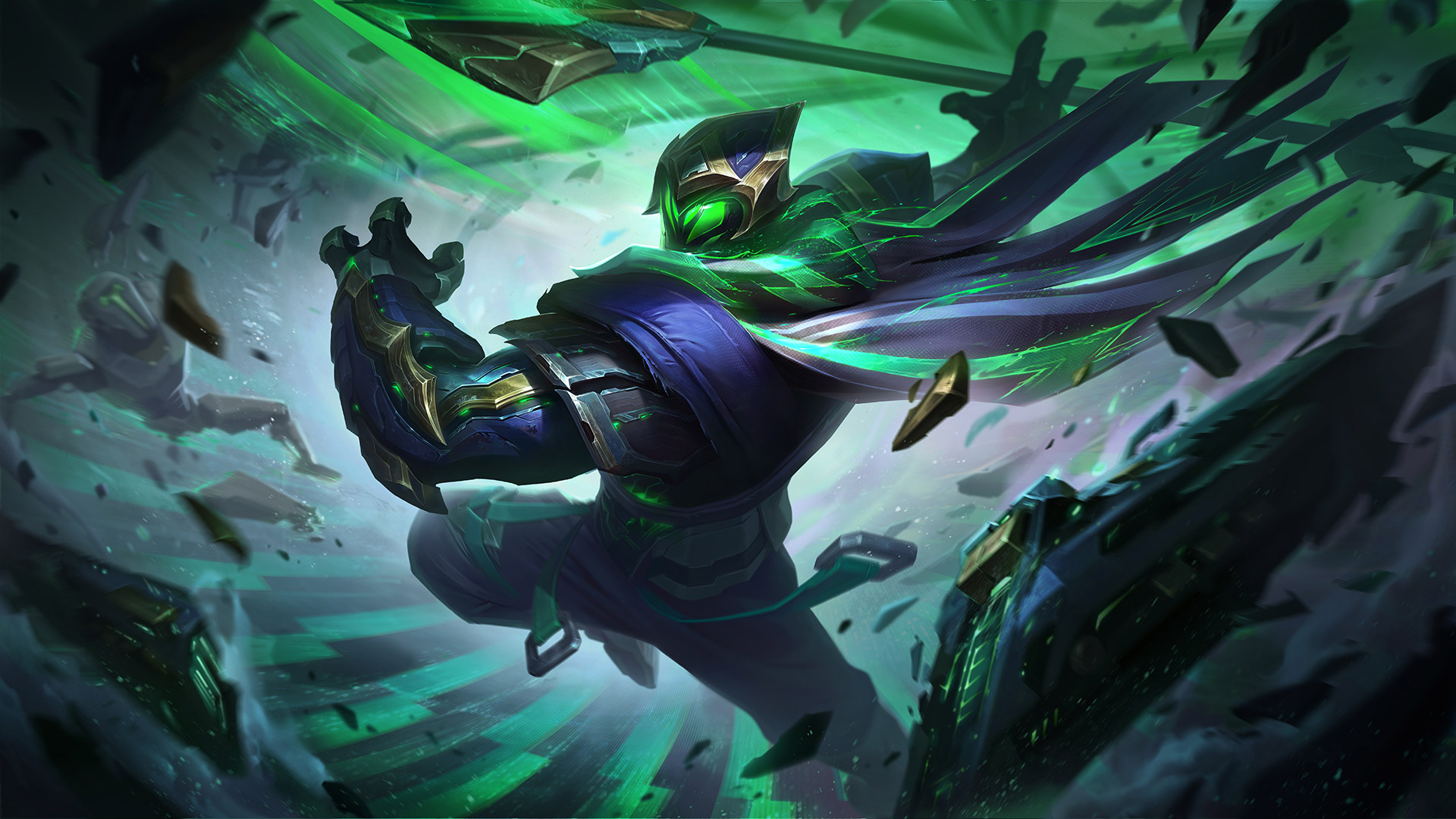 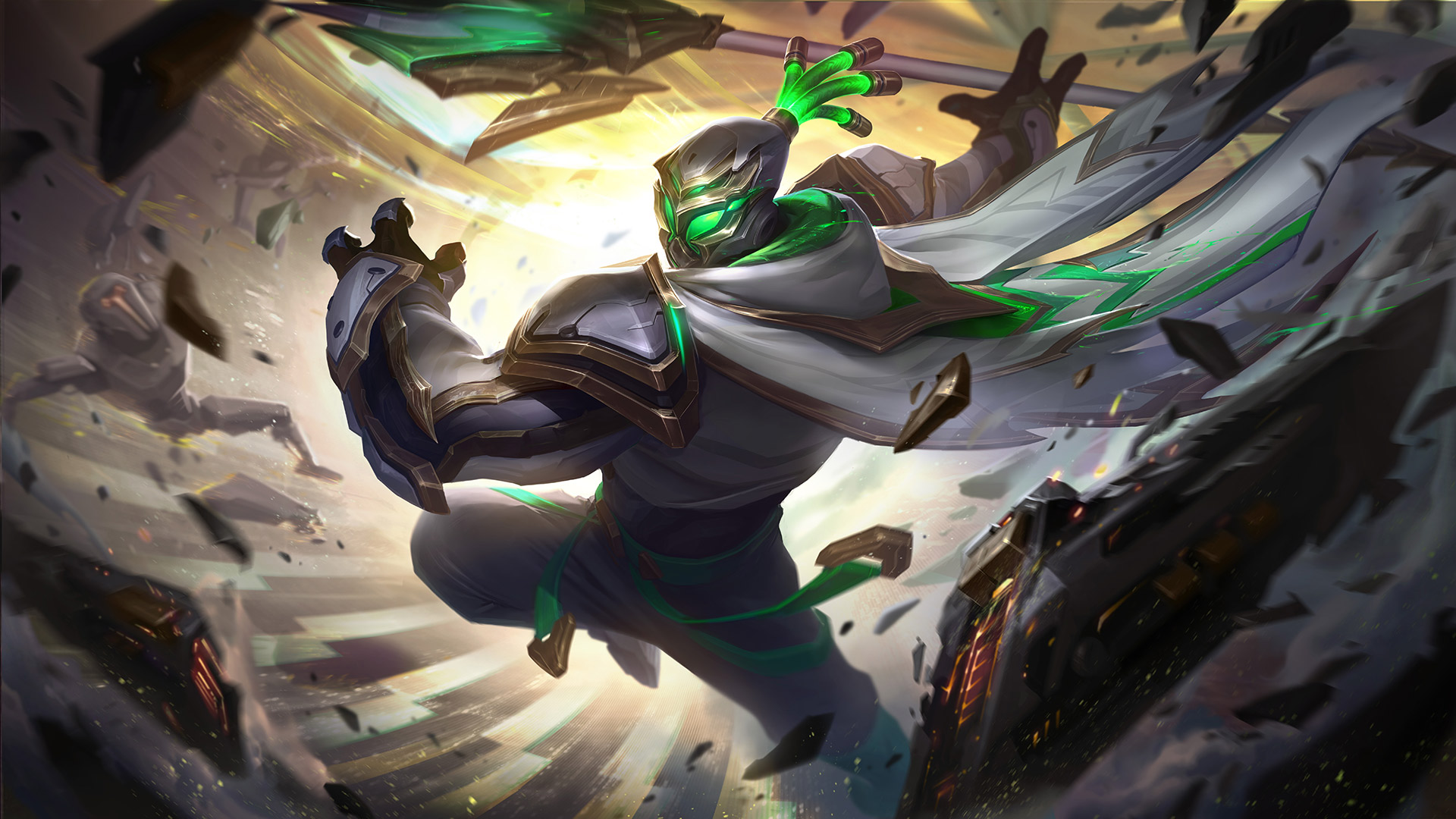