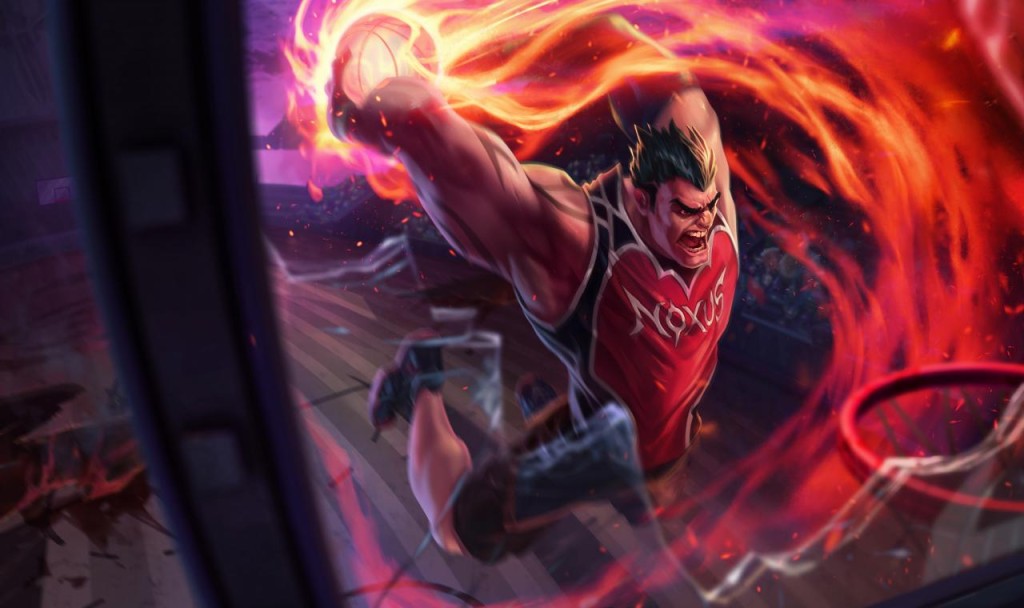 Very soon Darius will get a poster of you while you login your account,

Yesterday Kungfu Gopher one of Riots designers uploaded a video of Dunkmaster Darius login screen , you can check the video bellow.

Animated by Kungfu Gopher, the  Beat added by Marignak and the Art made by HUGEnFAST made this login screen skin simply a great one.

Riot also added the possibility to get BONUS IP by inviting more friends into the game, it’s called Party Rewards. So for every friend invited you get more BONUS IP.

Here’s how it works:

If you enter (any) queue with a premade party, the group earns a chance at a chunk of bonus IP at the end of the game. There is a chance that your group earns no Party Reward, but larger premade parties win higher tiers of IP rewards. Some lucky players will even earn rare, but massive IP prizes. If you queue alone, you won’t be eligible for Party Rewards, so party up! We’re still tweaking the exact values of Party Rewards, but we’re excited to share the feature and collect feedback from the PBE community. Let us know what you think! – said Riot Socrates.

– There no limit on the Party Rewards, you can play as many times as you like, and win as many rewards as you want.

– Based on your party size, you can get all the way to 16x reward, so for example if you got 200 IP x 16 = 3200, although this is very very uncommon and super rare because the rewards are often smaller.

– These 16x bonuses aren’t final because Riot is still testing a few iterations on PBE.

-It works for Ranked Games too. YOU BETTER GET THAT DUO GOING!

– Riot is not sure about if this gonna be permanent or not, they will test it on beta servers, than decide is it gonna stay or go.

– If you win something there will see a bar in the IP Source bar at the end of the game. There’s a jackpot too if you hit it you are on to something BIG!

Fun isn’t it? gather your friends together, invite them, play with them and win great amounts of BONUS IP !

See you on the Field of Justice