Welcome to patch 7.6, the one where leg day pays off for Galio and he begins jumping halfway across the map.

We’re taking a lighter touch than normal this time around, but that isn’t to say we’re devoid of changes altogether. 7.6 brings follow-up to recent projects such as Aatrox, Warlord’s Bloodlust, and Varus/Miss Fortune. Fun fact: a bunch of stuff’s being outright buffed, but nothing’s being nerfed without some form of buff to offset. It’s been a while since that’s happened.

Gameplay aside, it’s been a while since we talked about the updated client here in the intro. The team’s been focusing on performance and stability improvements, and while these don’t make for the sexiest patch notes, they add up to make for significant improvements. We’ve got snappier mastery page edits and a smoother champ select experience across the board. Check the League Client Update section below for the specifics.

That’s it for this patch! As always, best of luck on the Rift. We’ll see you next time!

Galio, the Colossus, will be updated with the launch of patch 7.6! For more details, check the following links:

Head to the “Extras” section of Galio’s Champion Reveal article above for high-res images of his updated base and skin splash art!

Between the depth of Aatrox’s changes last patch and the buffs we shipped shortly thereafter, the dust has yet to settle. We’re holding off on targeted balance follow-up until his performance has stabilized, but in the interim, we’re delivering some quality of life changes that should make the revive experience feel more consistent. Also… is it Darkin here or were Aatrox’s tooltips just hard to read? Turns out, a bit of the latter, so we’re doing some cleanup work.

NOT ACTUALLY DRAVENAatrox’s full Blood Well buff is now “Hellbent”, not “Blood Rush”
THIS ISN’T EVEN MY FINAL FORMOn reviving from his passive, Aatrox now has a full Blood Well
WAIT FOR ITAatrox now no longer loses his third hit from Blood Price/Thirst after reviving
DARK BUT NOT MYSTERIOUSAatrox’s passive tooltips rewritten for clarity
These changes are already live; we’re just putting them here as a reminder.

There’s always a relearning curve after we update a champion. In Cho’Gath’s case, this was more notable: few players had been picking him before the update, so there’s more learning than relearning. That being said, we think he’s slightly on the weak side even for those players who have adjusted. He is a giant monster, so we think a bit more base tankiness from Feast should do the trick.

Fiddlesticks has been having a rough time clearing camps since pre-season’s updates – particularly the raptors. While Dark Wind is a solid AoE tool, it’s the only one Fiddle’s got, so after he’s Drained the Crimson Raptor, he’s left with nothing but basic attacks to slap the remaining little birds with. We’re giving him the option of chain-Draining the chicken nuggets (and other small monsters, like the smaller Krugs), provided he’s got the mana to do so.

On a completely separate note, we’re reverting last mid-season’s change to Terrify’s cast range. Our thinking back then was that if Terrify had a lower cast range than Drain, Fiddlesticks would get better mileage out of his Terrify-Drain combo since his target wouldn’t be forced out of tether range as quickly. What ended up happening is that trying to quickly execute the combo only worked if Fiddle was already in Terrify range – otherwise, his attempt to walk up would immediately be overwritten by Drain. This is equally – if not more – problematic than the original interaction, so we’re giving our scarecrow his 50 cast range back. Caw Caw.

NEWI CAN CAST IT TWICE?!If Drain’s target dies before the channel completes, the remaining duration is applied as cooldown reduction

Mini Gnar and Mega Gnar have the same health regen.

When Gnar is ahead, his constant basic attacks and ability-casts send him Mega that much more often. But when Gnar is behind, he often can’t safely build the fury he needs to transform, denying access to Mega Gnar’s increased health regeneration. We’re smoothing out Gnar’s regen between forms to make him a little more capable of healing up when he falls behind. That being said, this should be an overall buff to Gnar; he spends more time small than large, even when he’s not behind.

Q damage up. Q and E are smoother to use.

Last patch’s shifts to Lethality, Deathfire Touch and Double Up were a big, coordinated swing at Miss Fortune’s strength. While these changes were important to keep MF healthy in the long run, it was overall a bigger power-down than was needed, so we’re adding a few follow-up buffs. Double Up should pack a bit more of its old punch (still not three-quarters of a health bar), especially as she transitions into the mid and late game, and we’ve bundled in some Lucian-style slickness improvements to boot. These changes will help the pirate hunter scale better as she starts to pick up her big-ticket crit items.

The Ball no longer returns to Orianna if the target it’s attached to dies.

The one-liner below is a one-stop ‘fix’ to a few bugs that occurred when an ally holding the Ball died (more specifically, when the Ball returned to Orianna immediately after). Unintended benefit of ditching the bugged mechanic entirely: one less case of accidentally ulting yourself!

STAY!If an ally dies while holding the Ball, it now drops in place rather than returning to Orianna

Let’s paint a picture: you’re minding your own business when a blazing-fast bird streaks out of the fog of war. In an instant, your vision disappears. A moment later, you’re dead. Quinn’s burst – combined with her high movement speed – gives opponents little time to react to her entrance. We want Quinn’s kill combo to have a little more room for enemy reaction, shifting some of that burst into extended trade strength.

Last patch’s changes to Varus were part of a three-pronged approach to knocking Varus off the bot-lane throne (the other two being Edge of Night and Deathfire Touch nerfs). Speaking to Varus specifically, we tied Piercing Arrow’s cooldown to Varus’s willingness to use basic attacks to nock enemies dead. We’re happy with this direction, but have some room to restore a bit of power.

Part of Piercing Arrow’s cooldown refund mechanic included anti-scaling with cooldown reduction: we were hesitant to give him the option of getting Piercing Arrow’s cooldown lower than it was pre-nerf. Ultimately, though, Varus still has to use his basic attack to get his refund, which is the main improvement we wanted to see. Nixing the anti-scaling is a power-up for Varus that also makes the refund easier to understand and feel better in cooldown reduction builds.

We’ve added a bunch of new lines to Lux’s existing voiceover. She’s now got about four times as much to say, including many champion-specific interactions!

Now restores health based on attack damage rather than granting lifesteal.

7.5’s update to Warlord’s Bloodlust is living up to its goal of creating discrete-high impact moments. It also came with a few kinks to smooth out, thanks to the way lifesteal works. Since lifesteal works based on damage dealt, the health you get can vary from one attack to the next, depending on stuff like basic attack modifiers and enemy armor. This becomes a pretty significant difference once the lifesteal value climbs up to 50%.

Warlord’s should have success cases, but “Caitlyn Headshots a minion” shouldn’t be more rewarding than “Caitlyn kites the enemy frontline”. Switching to a heal effect keeps Warlord’s rewarding as a combat sustain tool while making success easier to ID: kite and reposition against any threat that comes your way.

Per our pre-season changes, Red Brambleback is meant to be resilient against magic damage, while Blue Sentinel offers the same challenge against physical damage. Those numbers didn’t line up, so we’re standardizing them now. 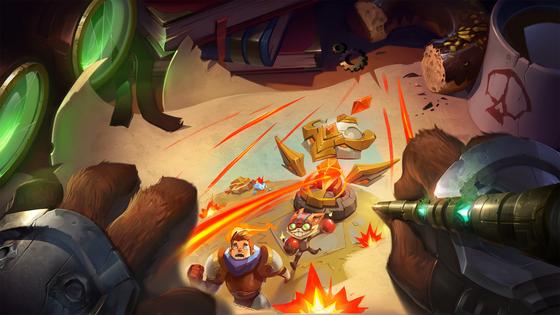 We’ve updated Low-Spec Mode to make it feel smoother and improve performance even more drastically. There’s still some work to be done here, but we think enabling Low-Spec Mode will solve most performance issues for players having trouble running the updated client.

Enabling Low-Spec Mode kills the client while you’re in-game, boosting your in-game machine performance but adding to the time it takes to get to the end-of-game screen (since the process has to automatically reboot the client). Based on player feedback, we’re working on making this an optional toggle in the settings so you can enable Low-Spec mode without killing the client in the background (or vice versa).

You can find solutions to most common issues in the Known Issues section of our support site.

What does this update mean? 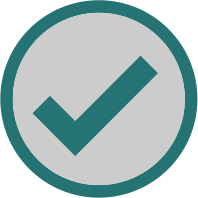 The following skins will be released in patch 7.6: 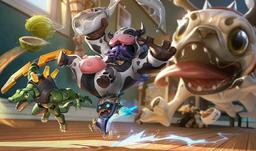 The following chromas will be released in patch 7.6: