On yesterday’s Riot Pls, the Lead Producer New001 announced an update to the current honor system as well as a new game mode called Clash.

Riot’s Lead Producer talked about the honor progression and said they will add checkpoints between honor levels with guaranteed rewards on each checkpoint you reach, thereby you will be able to see your progression through your profile.

These changes are currently on the PBE and Riot did not reveal when they will be on Live for all servers, but we can expect to see it as soon as Season 8 hits. 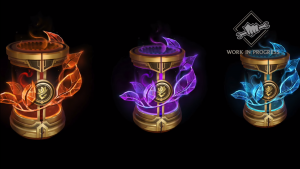 You can check out New001’s pronouncement here

NeuroCat gave some context on what exactly will be changed on the current system:

The 2018 Season Changes to Honor are now live on PBE. Your Honor progress on PBE has been sped up significantly to give you an opportunity to test out the new checkpoints, levels, and rewards more quickly.

Here’s what you can expect:

Expect things to work relatively the same otherwise: keep playing to win and you’ll progress through the system, but hopefully with a little more feedback from checkpoints. Receive a penalty, and you’ll be dropped down to level 0 or 1, the same as before.

We’d love to get your feedback! We’ll also be around to answer questions, so feel free to comment below.

NeuroCat also said in a response to a player that this update will not deliver an Honoring Opponents system, suggesting that the dev team could be working on it for the future.

eSports: Red Canids announces two Koreans as part of their roster for 2018