Hello! If you haven’t already heard, we’re making some big changes to Runes and Masteries in the upcoming preseason. Last time we talked about how you’ll be able to combine Runes from different paths to create a customized playstyle.

This dev blog will be a bit different than the others. Since we announced the project, everyone on the team has enjoyed reading your questions, thoughts, and feedback. We noticed a number of questions popping up frequently and our responses to them have been scattered across a number of sources. In this piece we want to bring the most common questions together into one central place and give some deeper responses.

One of the most frequent questions has been “Will my champion feel the same without the stats I currently get from runes?”

This is a great question and it’s something we’ve been wrestling with for quite a long time now. Initial stats have a big impact on the effectiveness and feeling of your most common actions as a champion. The early game is tough: you don’t have the damage to just blast away minions, you’re doing your best to last hit with limited damage and slow attack speed, and mana is precious. While there is no magic bullet, we’ve found combining a number of approaches to be effective at restoring early game power and feel.

First, we plan to directly change champion base stats. We’ll give every champion in the game an offensive boost tailored to what their kit needs. This ranges from attack speed on Tryndamere, Master Yi, and Yasuo, to starting ability power on Ahri. Sometimes we’ll split this boost between multiple offensive stats, sometimes we’ll concentrate it into one. We’re going through each champion individually and customizing a package to make sure that they get the stats most crucial to their needs.

When we’ve tested this internally, the base stat changes made many champions feel a lot better. . However, others need to be able to choose specialized builds where they can double down on a narrow set of stats. For them, we’ve started to build new stat-focused runes to provide that option. We’ve previewed a number of those already and have more on the way.

Doran’s Dagger is an experimental starting item that gives you +12% Attack Speed, +60 Health, +2 Life on Hit and +5 Bonus Minion Damage

Finally, we’re considering adding new starting items that offer a wider range of stats as first-buy options. The current set of starting items is fairly limited, so there’s plenty of room for expansion. This part of the project has just gotten underway, but it has already yielded some exciting results. Above is an extremely work-in-progress version of an experimental attack speed-focused starting item we’re trying out. 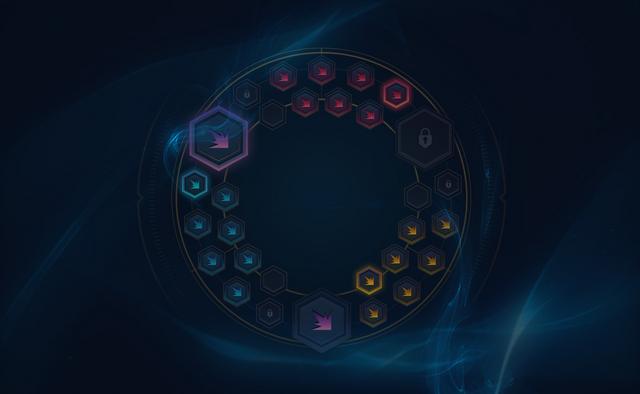 A number of you have asked whether you’ll be able to get specific stats from the current pregame. We’re already exploring runes aimed at satisfying a lot of these demands. Those include (but are not limited to):

Not every stat will be covered. We won’t be bringing back a -% time dead rune, for example. Where we bring back stats we’re trying to add interesting twists to them. For example, Overcharger grants scaling cooldown reduction but also converts cooldown reduction past the maximum into attack damage or ability power, opening up new itemization opportunities. These extra effects should let you think about how to use the stat in new ways.

Rest assured though, we are reading and reacting to your feedback, which is how we reached many of the new runes we are testing now. 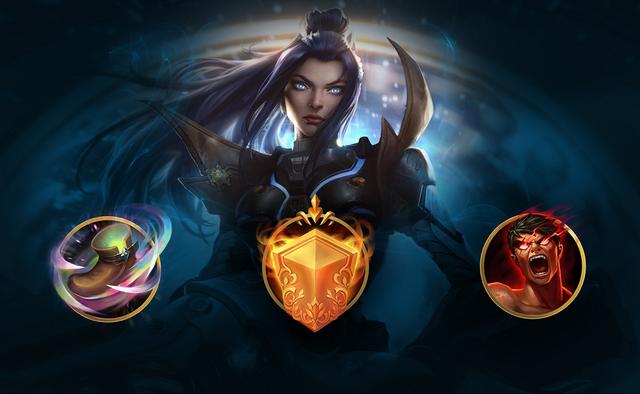 Many of you also asked whether you’ll still be able to build experimental pages in the new system and, if so, what kind.

A lot of these types of builds specialize heavily in a particular stat. We’ve seen cooldown reduction, attack speed, and movement speed pop up frequently as they fuel a number of off-builds for different champions. As mentioned in the previous sections, we’re working hard to make sure the new runes have you covered for stat specialization options. But, we’re also looking at additional ways to ensure that the system supports creative experimentation through unique effects and synergies combined with stats. And, because you’re able to take two runes from a secondary path you’ll have broad access to a lot of different build options and even more rune combos to explore.

The new “Adaptive” keyword is another tool that allows us to vastly broaden build options. Adaptive stats allow individual runes to support both AD and AP builds, automatically adapting based on your item build (hence the name). Better yet, with thoughtful itemization you can flip those bonuses mid-game, providing more options for creative early games.

Beyond creative builds, a number of our new runes provide tools that you can use creatively in themselves. Store Credit, for example, helps you create immediate but costly power spikes. And Magical Footwear lets you focus on rushing your core items without worrying about buying boots.

One common question we’ve been seeing a lot on the forums is easy to answer: “How many runes do I get to select?” In short, you’ll get to bring six runes with you into game. Four will come from your primary path (one keystone and three others), while your secondary path will contribute two more. For example, this lets you grab four options from the Precision path and two from Inspiration.

In total, there are five paths and we’re aiming for around 60 total runes (note: that number may go up or down slightly to meet the needs of the system).

This discussion wouldn’t be complete without covering balance. Balance is a broad topic and the process of balancing the new runes system has just barely begun, but I can discuss our balance plans.

Balance is a high priority for us. That said, League has been built on a foundation of Runes and Masteries for a long time now and rebuilding that foundation will cause some disruption. We’re taking as many steps as we can to prepare for—and mitigate—future balance issues. That means taking a lot of care to ensure that all of the runes we’re making are capable of being balanced. New rune designs are being tested and challenged so that we understand how to tune their power up or down incrementally without destroying their identity. Your responses and questions continue to help us understand what’s appealing (or not) about a particular rune. Additionally, we will continue to work closely with the Live Balance and Playtest teams in balancing the system. Finally, we’ll be moving quickly during preseason to make changes and address anything that slips through the cracks before the ranked season begins.

One particular symptom of balance that gets mentioned frequently is waveclear. Certain champions run very specific pages in order to meet precise waveclear thresholds (usually ability power runes in specific slots to clear caster minions). Although we are removing one tool for you to achieve this type of manipulation, we’re aware of its importance and are adding new tools for this same purpose. In particular, you will be able choose runes that grant Adaptive AD/AP to try and meet those breakpoints. Plus, we’re testing additional runes that interact with minions to hit those same waveclear thresholds in other ways. 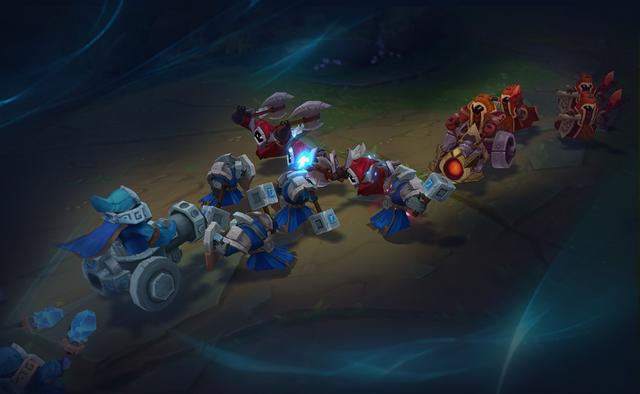 Balancing the new runes won’t mean trying to make everything exactly the same. Instead, we’ll be trying to make sure that the new tools you have to explore League are fair, exciting, and create good games.

How are you going to recognize and reward players who invested IP into the old Runes system?

As it turns out, making one of the biggest components of the IP economy free has a lot of effects that we’re still thinking through. We’re committed to having concrete details before early September, and want to make this transition feel fair. It’s complicated, but we’re confident we’ll figure it out, and we’ll let you know when we do.

In the meantime, we have an announcement regarding the pricing of runes between now and preseason, so head on over to the boards to learn more about that.

Thanks again for reading! We really appreciate you taking the time to discuss this with us we’ll be hanging out in the comments section fielding more specific questions. Also keep an eye on the dev corner for more previews of Runes.