Canna with a double-game MVP performance.

T1 won their fourth game in a row with Faker on the bench. Today, the Korean League of Legends team knocked Team Dynamics out of playoff contention with a clean 2-0 sweep over the LCK rookies.

Top laner Canna put up a monstrous performance in both games, securing both Player of the Game votes for his Wukong and Camille performances. In the first game, Canna’s Wukong ults were crucial in T1’s teamfights wins, and he ended with a score of 3/0/4.

In the second game Canna was given Camille as a blind pick top laner. He put up a good show, split-pushing and dismantling all Dynamics members, ending with a score of 6/1/8.

We were prepared and got our revenge.
We succeed with a 2:0, fifth consecutive win! #T1WIN #T1Fighting pic.twitter.com/pquB6tndqp

The series began well for the Dynamics roster. They acquired early gold leads via kills and the first Rift Herald. But T1 focused on acquiring the first two dragons instead due to how powerful the Dragon Soul buff is.

As the game went by and teams began to teamfight, the superior draft from T1 showed results. Canna on Wukong landed crucial ultimates to demolish the Dynamics roster. After taking the Baron buff, T1 closed out the game to get a head start in the series.

Canna blows away the enemy with his Cyclone to get the first POG!#T1WIN #T1Fighting pic.twitter.com/dYKIKLXADs

In the second game, Dynamics were not able to replicate their success from the first game. Even though they drafted around Caitlyn—which is arguably the best meta ADC—they couldn’t funnel enough resources into her to carry.

The fact that T1 drafted great counters to the pick didn’t help as well. Camille got ahead and isolated Caitlyn from her members alongside Kha’Zix, which left no time for her to do any damage.

After securing the first Baron of the game, T1 replicated their tactic from the first match and pushed to end the game and the series on a high note. 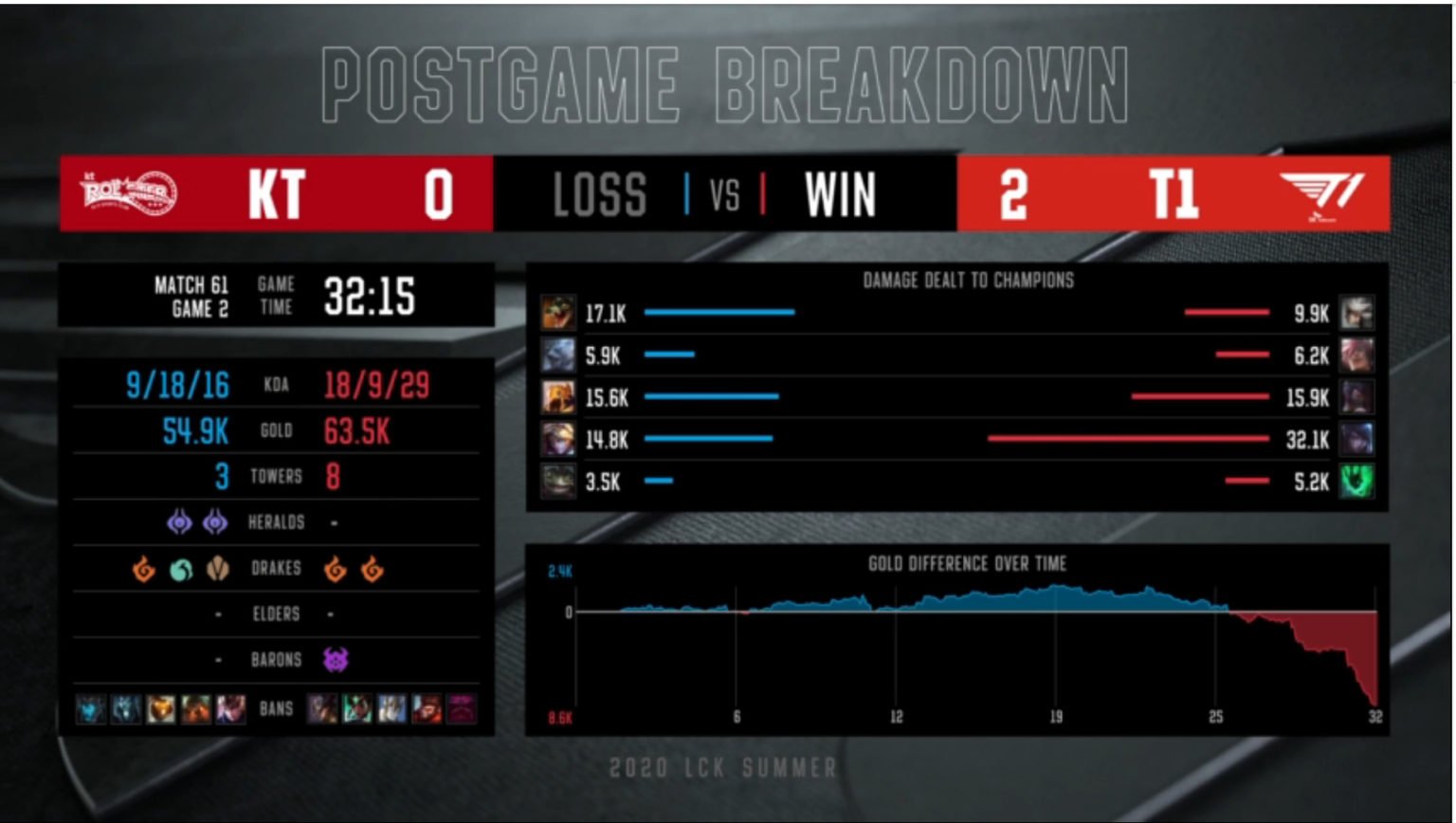 Fans of T1 are interested in what will happen to Clozer. He has been playing well for the past four games and can land a spot on another LCK or LPL team in the off-season easily. His debut so far is impressive, but the true challenge will be in the upcoming weeks when T1 have to face the higher seeds in the LCK Summer Split standings.

T1 will be facing DRX and Damwon Gaming in their last week of the Summer Split. Tune in to see if T1 will give Clozer a chance to prove himself or if they will bring back Faker from the bench.