Welcome to the jungle, summoners! Even though we can’t highlight any role as the most important or the most popular one, we still can say that jungle is quite an interesting role. Camp a lane, capture the Infernal, defend a lane, farm up… There are so many options and so little time to choose. However, the beauty lies in those exact options – only the best junglers will opt for the right choice and help win the game. Besides realizing what’s the smartest thing to do in certain situations, opting for a strong pick is important too. Whether a pick is strong or not, it mostly depends on the current patch. Keep in mind that strongest picks often get a quick nerf/adjustment, in order to keep the game balanced. Take a look at top 5 jungle champions that we marked as currently one of the strongest picks and lets us know what you think about it! 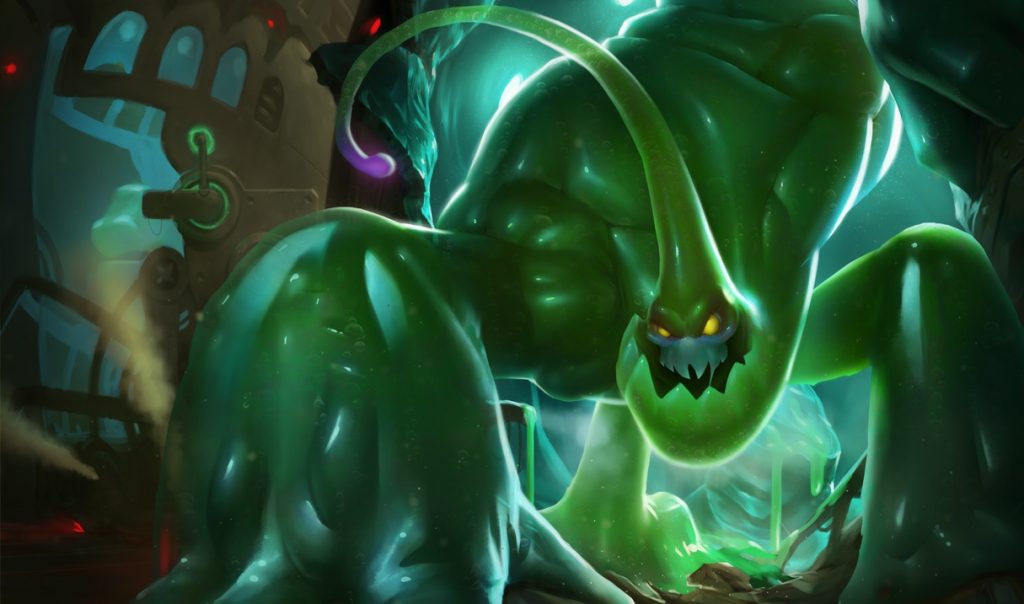 Zac is currently strong for many reasons. Besides the fact that the “tank” meta makes him a viable pick, he also has a very nice jungle clear and Level 3 gank potential. On top of that, his ultimate is perfect for bringing enemy’s hyper carries in the middle of your team. At last, he can just jump into the enemy team and hold the front line long enough for his team to finish the fight.

Here are some tips for jungling as Zac: 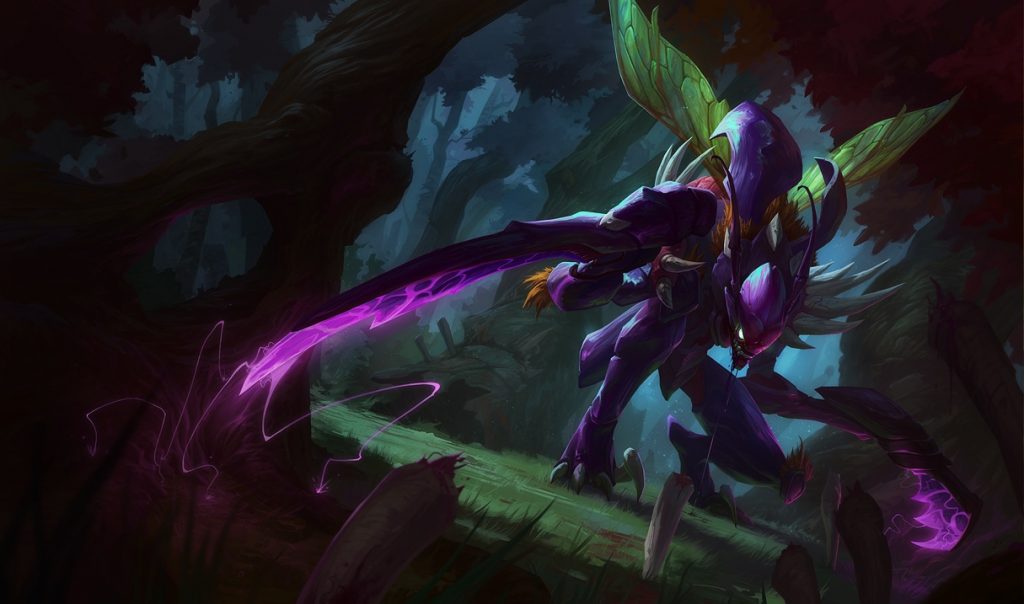 Kha’Zix has been buffed, nerfed and adjusted many times but he’ll always be a strong assassin. The fact that he can be played as an bruiser or as an assassin makes him quite interesting, and he can make nice plays too. Kha is, just like the current game itself, all about getting the early lead and being able to snowball. Even though he lacks some CC, you should still try to gank (carefully) as soon as you reach level 3.

Some tips for the Kha’Zix: 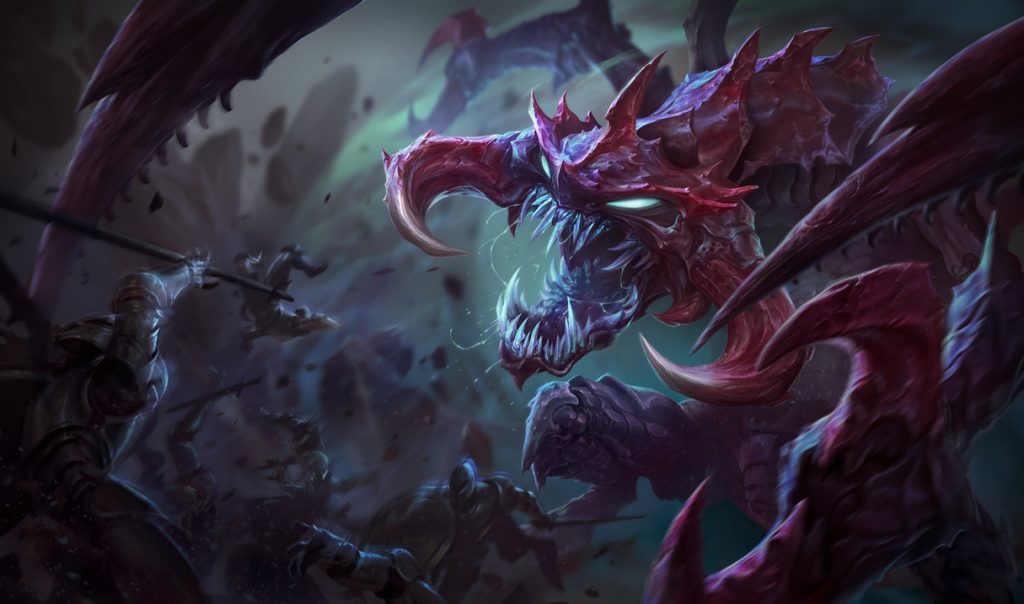 Nom nom nom nom! The so-called Loch Ness Monster, Cho’Gath, may seem like an odd jungle pick, but rest assured that he can do extremely well. With last patch updates, his E deals more damage and it also slows, and even the silence duration on his W is slightly longer- this means that Cho is now uccessful at early ganking! Also, his latest great change made him an unstoppable scaling beast, so building tanky is the key to success. 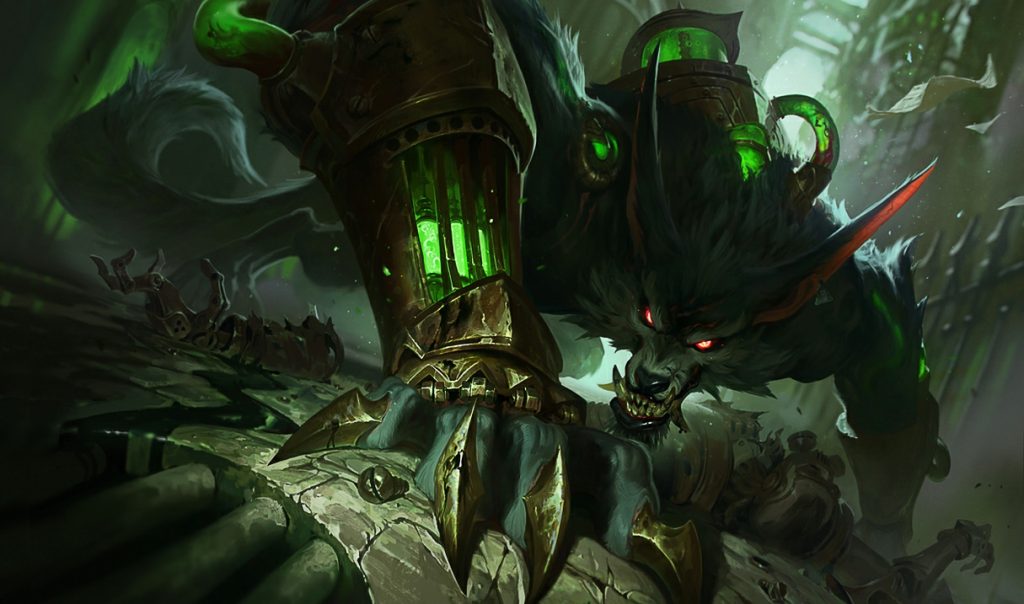 This recently reworked beast now represents one of the strongest jungle picks and we doubt that he’ll ever become a lame pick. Nice sustain, decent wave clear and decent early gank potential due to his amazing MS buff as well as his fear. However, early game is not the reason Warwick is a beast – late game is! With tanky build you’re very tanky with lifesteal and you also deal pretty nice amount of damage. Suppressing targets from long distance with his ultimate

Here are few tips for Warwick:

Walking by a bush with few saplings in it can be very painful! The new Maokai has an amazing jungle clear (level 4 at 3:22), great sustain and high gank potential even pre-6. Saplings can be very useful for stopping enemy jungler from ganking (if timed well), they deal decent damage and they’re good in teamfights as well. Maokai’s ultimate, however, is the real game changer. His width is enormous and, even though it’s quite slow, it’s still hard to dodge it.

We’re always having a rough time opting for a certain champion within the champion select. Jungle represents quite an interesting role, but in order to be successful, we recommend picking one of the top 5 jungle champions that we highlighted for you. Of course, your pick should depend on what does your team need regarding the AP/AD, tank/assassin and stuff like that, but keep in mind that there will always be some unique picks that will usually do good in any kind of team comp.

Try out our recommended picks in various situations and let us know how it ended! Also, if you want us to provide more thorough details for junglers, jungle clears and things like that, let us know!