Top 5 League of Legends Pros Of All Time

Everyone has their own opinion on who the best League of Legends players is. There are so many good ones out there that it’s hard to narrow it down to just ten. This blog post will discuss the top five League of Legends pros of all time.

So, who makes the cut? Let’s find out! At number 5, we have Faker. He’s a South Korean player who is considered to be one of the best mid-laner in the world. His playstyle is very aggressive and he often takes risks that pay off. Faker is one of the most aggressive players in the world. He often takes risks in order to gain an advantage over his opponents. While this can sometimes lead to mistakes, more often than not it pays off and he comes out on top. This makes him a very dangerous player to face off against. He is a part-owner of T1 as well. Number 4 is Uzi is, a retired professional League of Legends player who has achieved fantastic success in the game. He is considered to be one of the top five players in the world, and he has won numerous tournaments and awards. Uzi is known for his incredible talent and his ability to carry his team to victory. He is an exciting player to watch, and he always brings his best to the table.

Uzi is a true legend of League of Legends, and he is one of the most talented players in the world. He started his professional career in 2012 and has since played for several teams, most notably Royal Never Give Up (RNG). Uzi has won numerous tournaments throughout his career, including the LPL Spring Split and MSI 2018. He played for the bot lane in BilliBilli Gaming as well. At number 3 is CaPs. He is one of the most well-known and respected League of Legends players in the world. He is a mid-laner and currently plays for G2 Esports. He has won several major tournaments, and is known for his aggressive playstyle. CaPs is a master of early game aggression and often gets a lot of kills in the first few minutes of the game. This makes him very difficult to play against, and many players consider him to be one of the best League of Legends players in the world. 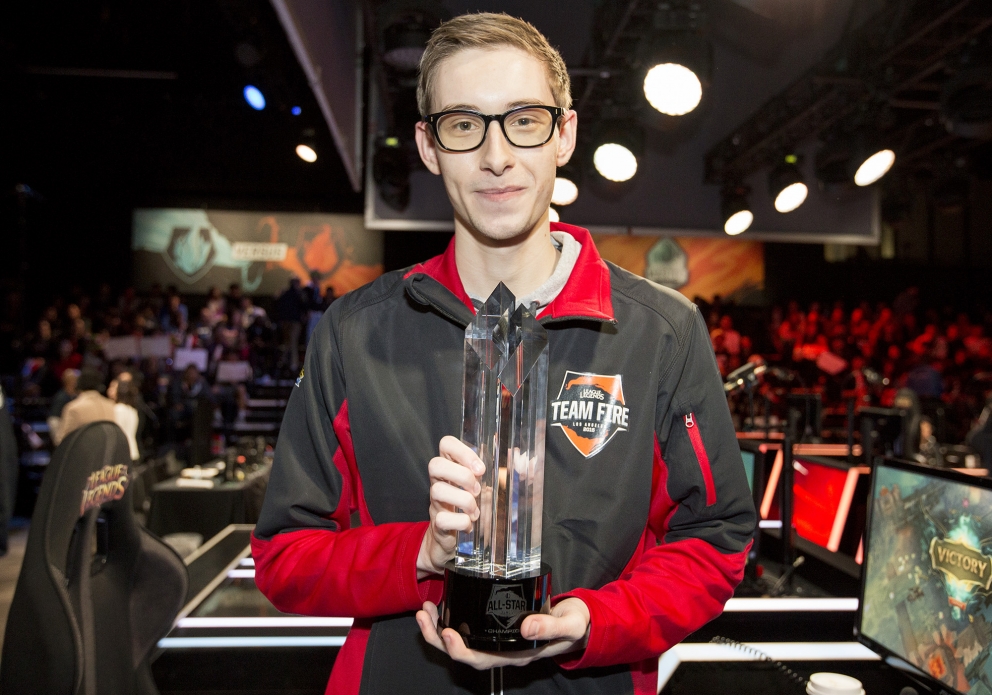 Number two is Bjergsen. There is no question that the League of Legends pro gamer Bjergsen is one of the greatest of all time. He has consistently shown his dominance in the game and has won numerous awards and accolades. In addition to his skills on the battlefield, Bjergsen is also known for his exceptional work ethic and dedication to his craft. Bjergsen began his professional gaming career in 2012 when he was just 16 years old. He quickly rose to fame and became one of the most popular players in the world. Bjergsen has won several major tournaments, including the Mid-Season Invitational and the World Championship. His skill, dedication, and work ethic are second to none. He currently plays for Team Liquid in the middle lane. The first place takes Smeb. Smeb is one of the most successful League of Legends pros in South Korea. He started his professional career in 2012 and quickly made a name for himself as one of the best top laners in the world. Smeb has won several championships with his team, KT Rolster, and is considered one of the greatest players of all time. He is known for his exceptional gameplay on top laners like Rumble and Maokai. Smeb’s skill and determination have made him one of the greatest.

Do you agree with this list? Let us know in the comments below!

Taking A Look At Bel’Veth, the Empress of the Void