What we learned and what we’ll do with SpectateFaker

Over the last week, we’ve been wrestling with some complex and layered issues around how players create and share gameplay content online, as brought up by the SpectateFaker streaming case. It’s come with a lot of learnings, some unclear communication on our part and a lot of debate, both within Riot and externally, on the best way to balance access to gameplay footage that players want to see with protection for individual players who do not consent to having a third party stream all of their games.
Here’s the TL;DR: We believe the in-game spectator experience for ranked games is a critical part of the LoL gameplay experience, and we have no interest in seeing it crippled. Where things become problematic is when a spectator mode for a player (pro or otherwise) is consistently streamed against their wish, and in a way that is harmful. Having looked into the SpectateFaker case we’ve established two major things. 1) That the DMCA issued by Azubu did not have a legal standing as we, not Azubu, own the gameplay content, and 2) that Faker believes (and we agree) that this stream is harmful to him and to his brand. We’ll be honoring Faker’s request and pursuing a takedown of the stream.

Personally, it’s pretty clear that I should have handled communications around this better. My intent was to jump to the defense of a player (Faker) who was being singled out and streamed against his will. I’m very sensitive to the topic of bullying. It’s a sobering lesson to me that in discussing concerns about it, I may have came across as the bully myself.

This individual case has brought up a lot of issues that go beyond Faker – or even beyond pro players. It has the power to affect all of us who create and spectate LoL gameplay through the client. We feel the weight of that responsibility, which is why we took some time to really debate this and doublecheck our assumptions before coming back with a thought out response.

I wanted to take some time to talk a little about our core philosophies around how we’ve approached this issue, what we got wrong in our first steps and what approach we’ll be taking moving forward.

With such a complex set of variables and players, there’s no easy way to summarize the issues – but below is a topline account of what happened.
Early last week, streaming platform Azubu sent a Digital Millennium Copyright Act (DMCA) takedown notice to a stream named SpectateFaker. This stream auto checked for solo queue games of SK Telecom T1 player Lee “Faker” Sang-hyeok, and streamed them on Twitch using LoL’s spectator mode.

Along with several other Korean esports pros, including SK Telecom teammates, Faker signed a contract in September 2014 to stream exclusively on the Azubu platform – and Azubu felt that the independent stream of Faker’s games over on Twitch challenged that exclusivity. As the SpectateFaker streamer StarLordLucian pointed out, however, according to the LoL terms of use, players sign away rights of ownership to the gameplay content they create within the game. Legally, Azubu doesn’t own the streaming content that Faker was producing. As many have pointed out – and as we’ve given feedback to Azubu directly – their DMCA action wasn’t based on a valid legal claim of ownership.
Earlier in the week, SKT and KeSPA had reached out to Riot to express the fact that Faker did not wish his content to be streamed in this way and hoped we would take action to have it shut down. SKT themselves issued a statement via their Facebook page confirming that Faker was uncomfortable about his name and gameplay being streamed without his consent, and that they believed it had a negative impact to the value and stability of his streaming offering.

Let’s dig a little further into our core philosophies and how we plan to tackle this complicated issue moving forward:
With any issue like this, our guiding philosophy is to protect the interests of players; in this case, things aren’t so simple. There are two distinct player interests that are in conflict: the interests of the individual player (in this case Faker) with the interests of the thousands of players who enjoyed watching the Twitch streams of him playing via SpectateFaker. When we looked at this case, we had to weigh these two interests and make a balanced decision as to what we thought offered the most harm – or the most benefit – to the groups involved.

What StarLordLucian did with the SpectateFaker stream provided a service for thousands of players who were able to watch Faker solo queue games on the platform they prefer and using the tools they’re accustomed to. It was an innovative use of our API which identified a unique edge case, and we believe that the stream was born out of positive intentions to provide esports content to fans worldwide. I regret insinuations otherwise that I made on Reddit in the heat of the moment.

My alarm was driven by the fact that Faker and SKT view this as harmful to his career and brand, and asked for our help in helping to shut down the stream. Having looked into this issue we understand why it would be viewed as harmful. Streaming contracts like this are an important cornerstone in creating a stable financial esports ecosystem in Korea. Systematically streaming spectator mode of each of Faker’s games (rather than a few sporadically) on a rival platform understandably lessens the value of his partnership with Azubu and even more importantly, the potential of pros to gain equally lucrative streaming partnerships in the future. In a very real and material sense, the SpectateFaker stream causes Faker harm in his own judgment – and we believe he should have the right to see it discontinued.

This is a precedent that doesn’t just apply to pro players – or to monetary or brand loss. Imagine a scenario in which a bronze player was targeted by an unwanted stream that meant all of his ranked games were broadcast to a crowd who made fun of him and his gameplay – all against his will. ‘Harm’ could come in several forms – emotional, material, or otherwise. We think that having your gameplay systematically streamed in a way that has the potential to harm or distress you isn’t just something you should put up with as a consequence of playing ranked games. Or imagine a stream targeting a female player, where a narrator or automated system harasses her and comments on every move she makes in every game she plays online. Riot has always taken our responsibility towards nurturing a sportsmanlike and positive community very seriously and we view this precedent-setting situation through a similar lens.

There are examples of this kind of spectator mode streaming that don’t carry the same bite. To give just one, SaltyTeemo is a stream that often targets low elo players and streams their gameplay from spectator mode, but the intent here feels completely different. The stream removes usernames and doesn’t specifically target individual players over and over. This isn’t a calculated harassment of one specific player, it’s a compilation of gameplay that’s entertaining and non-malicious towards individuals.

We will intervene and shut down streams where we perceive that it’s causing harm to individual players. This will usually result from the individual player requesting the takedown (although it isn’t always dependent on it), so we’ll also make it easy for streamers to contact us with those kind of requests and look into them on a case by case basis. Although the SpectateFaker case was the genesis – and will be the first case where this policy will apply – it isn’t specifically targeted to him, any pros or even pro players exclusively. If you believe you are being targeted for harassment by someone streaming your spectator games, please file a ticket with Riot player support.

This doesn’t mean that there won’t be a technical/API fix in the future that helps us tackle these kind of problems at the root. Spectator mode is an evolving tool that should not only enable players to watch gameplay live, but also be sensitive to the concerns of players who feel targeted or harmed by others who systematically stream each of their games without their consent. The in-game spectator experience for ranked games is an important part of the LoL experience for those that enjoy watching and learning from other players – pro or otherwise. It’s the act of streaming that gameplay that becomes problematic when the player actively objects – and at the moment we’ll intervene to protect them. Any technical tweaks to our API have a longer timeframe than this response allows for, but we’re committed to assessing what we can do to improve choices for players and streamers.

With regards to the SpectateFaker stream case, we believe strongly that the potential material harm caused to the player is real – as such, we’ll be honoring Faker’s request and pursuing a takedown of the stream.

What did we learn from communications around this issue?

Sorting through complicated and grey legal issues has become par for the course for Riot as we refine our processes in response to player need. Unfortunately, we sometimes show our inexperience when tackling a new area and there’s a lot to learn from this situation.

When I jumped into the debate on Twitter and Reddit, my first concern was to clarify our position around protecting the player experience. My gut instinct was in full force, and I was quick to jump to what I considered to be the defense and protection of a player who was being mistreated.
Unfortunately, in my efforts to explain my concern with the situation, I made several mistakes which hurt our efforts to clarify things.

Untangling the threads around this kind of issue has been a learning experience for all of us – and it’s one that’s still ongoing within Riot and externally. We know that our decisions will spark a ton of debate. We think that in these instances when something has the power to set precedents in a new and emerging space, debate is not only healthy but necessary.

I look forward to hearing your feedback and want to thank everyone who participated in the discussion. To be honest, a lot of the comments still sting – but we’ll learn from this experience and improve going forward. 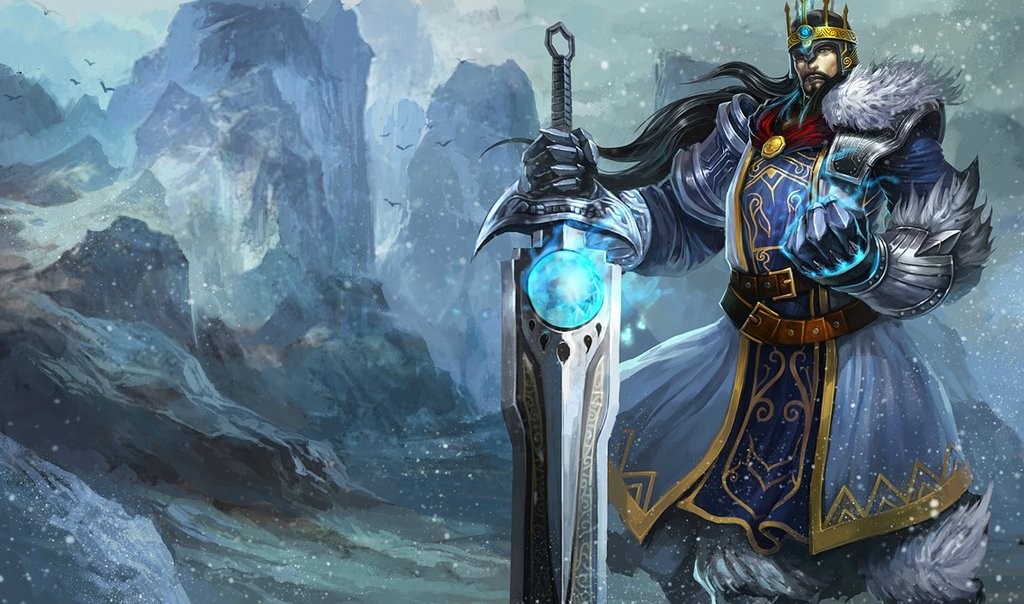 Check the Fan Art made on Dj Sona

Check the Fan Art made on Dj Sona